Budgeting your travels through credit cards and planning 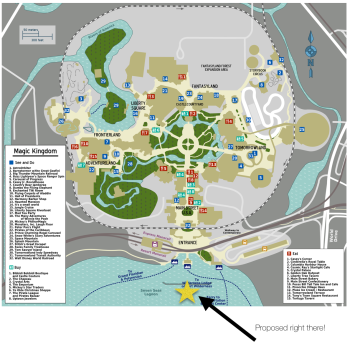 So in the weeks leading up to the family trip to Disney, I started wondering if it would be the moment. Trey slipped up while we were visiting family in Knoxville about how certain he was our family would meet yet he kept telling me that he hadn’t had time to talk to them about said plans. I started to tell mom that I had a feeling he was going to propose that week & it would explain the comments. Mom reassured me that “Oh no hun, he hasn’t said one word to me & he better realize he has to call me first”.

So I dropped it. I texted Caitlin also freaking out and just told her & my mom to discuss said things without me because I wanted to be surprised if it happened and not disappointed if it didn’t.

Fast forward 3 weeks. I’ve told maybe 2 or 3 people my suspicions and let it be.

Then once at Disney, on day 2, I take a nap & wake up to Trey going “so we have dinner reservations and it has a dress code, so wear something nice”. I keep thinking this is it. So I send a text to Caitlin, Megan (my friend from Knoxville) and some of my old Beacon girlfriends. They all keep me calm & Caitlin just is asking about what I’m wearing & being calm.

So we get on the bus back to Magic Kingdom & as we get off Trey goes “So we actually need to get on the monorail to The Contemporary”. Issue here is it has started to rain again & I’m in my red maxi dress and a small umbrella. We somehow make it without being too wet and he finds the restaurant: California Grill.

Dinner was DELICIOUS. I had a seafood medley, Trey had bison steak, and we ate some sushi for a starter. After dinner he explains we need to go to the 1st floor and out the door for the pool. Once we make it outside I find out Trey rented a private boat for the evening, which explains why he was so adament about me bringing my big camera: Our own fireworks viewing from the bay outside Magic Kingdom.

So we get on the boat & the driver (Allan I believe?) took us around for an hour and showed us things about the islands and properties around the bay. We watched the Water Pageant then took our spot in the bay. He mentions he wants the driver to take a photo of us during the fireworks and I started to get butterflies in my stomach.

And it was. He gave the driver the camera, came up & grabbed my hand and all I really remember is him saying my FULL name before I started balling my eyes out and saying yes repeatedly. The driver got some pictures of us to end the night.

Glad to say that Walt Disney World is the place where Dreams Come True!!

His Side
I had been planning for several months to propose to Tia leading up to this Disney Vacation. I had spent many hours planning every detail for this vacation and my proposal. From creating a fake Disney itinerary to ensuring she had no clue that anything was planned for June 10, 2014. This was going to be one epic night that both of us would always remember.
Our vacation started on Monday June 9th and Tia and I went to all four Disney Parks in one sixteen hour day. This was not planned, but it worked out for the best! We both spent an incredible day together visiting and experiencing all four parks on the first day. By the time Tuesday came around we were both exhausted after lunch. So we went back to the resort and took a much needed nap. As soon as Tia woke up I told her that while she was asleep that I had made us some dinner reservations and there was a dress code so she needed to get ready. While she was getting ready I realized that I had greatly underestimated how large the ring box was that her ring was in. I quickly started to try and figure out where to put the ring box because it was really obvious there was a ring box in my pocket. I luckily had the idea to put the ring box in her camera bag before she had finished getting ready. Tia got ready and we left for dinner with me thinking Tia had no idea anything was going on.
We took the monorail to California Grill which is a fantastic restaurant that is located on top of the Contemporary Resort. From this restaurant we could actually see all four parks. The restaurant was incredible from the food, atmosphere, and service. We had amazing sushi, bison steak, seafood medley, and crème brulee. Throughout dinner I was nervous because it had been raining on and off all day and our next activity was suppose to be outside and we could not do this if it was raining. Luckily we left dinner extremely full, happy, and the rain had stopped!
After dinner I had reserved a private boat for us to tour around the Disney grounds. We had an absolutely fantastic tour guide; Allan who gave us an amazing tour around the Seven Seas Lagoon. We were able to see the water pageant from the boat which was really cool! The tour was an hour long and it ended with pulling up right in from of Cinderella’s castle for the Wishes fireworks show. I was really nervous throughout the firework show because it was during this show that I was going to propose to Tia. I had listened to the Wishes sound track more than twenty times and had the exact moment I was going to propose to her in my head, and I was just waiting for that part of the show to play through the speakers. When it finally came time I handed the camera to the tour guide and took Tia to the front of the boat and dropped down on one knee and asked her, “Will you make my one true wish come true Christina Renee Christiansen Patron? Will you marry me?” As soon as I got down on one knee she started saying yes!
The next morning I had then arranged for our extended families and best friends Caitlin and Daniel Bradley to come to Disney for a surprise breakfast at the Grand Floridian Cafe. The next morning Tia and I then went to breakfast and Tia was yet surprised again! We then spent the rest of the day with our friends and family. It was absolutely amazing!